Where is our HOPE?

I’m not a political guy, at all.

If you’ve read any of my previous writings, or followed my social media accounts, I’m sure you are nodding your head in agreement.

I’d just as soon have a conversation about sports as I would politics (mind you I struck out in t-ball as a kid, so you know where sports rank for me conversationally).

As someone who tries my best to look at this life through the lens of Christianity, I’ve come to see through my clouded lenses that us Jesus-people have come dangerously close to allowing politics to become the source of our hope and security for the future.

We’ve put our hope in the wrong place.

In the book of 1 Samuel we are thrust into a very pivotal part of history for the nation of Isreal. Israel was a unique nation in that they had no king to rule them. Rather Israel was to be led by God as their King.

The elders of Israel grew uncomfortable with this as Samuel, their prophet, grew old. They came together to Samuel and asked him to appoint a king to lead them, just as all of the other nations have.

This bothered Samuel and he brought it before God. God told Samuel that His people were rejecting His Lordship as king. God went on to instruct Samuel to listen to the elders, but give them a very solemn warning about where placing their hope, security and faith in a temporal king would lead them. (The warning can found in 1 Samuel 8:10-18)

Samuel issued the warning and the elders persisted in their desire to have a king. In response, God instructed Samuel to give them the king they desired.

As I reflect on this titanic moment in history, I can’t help but want to cry out to the Israelites and warn them of where their decision was going to lead them. A king was not to be their hope, their security nor their salvation.

“you will cry out for relief from the king that you have chosen, but the LORD will not answer you in that day.”

Yet here we are, over 3,600 years later, and we are still crying out for a king to lead us and to save us.

We are crying out, looking for a king to save us.

For thousands of years Jewish people awaited their Messiah. He was the one who was going to overthrow the Roman empire and restore the throne of David.

Yet when Jesus came on the scene it wasn’t political or empirical; at least in the sense that many expected. Jesus came announcing a different kingdom. His life and His teachings didn’t point towards reforming a government and finding hope in that establishment; rather finding ourselves in the middle of a new kingdom, the Kingdom of God.

The proclamations Jesus made of the Kingdom of God should bring us an assurance that the promises of politicians are not our hope, nor our security; the promises of God are.

There is absolutely no doubt that the stakes of this country are higher than they’ve ever been when it comes to the leaders that are appointed to lead us. We would be wise to know our responsibility towards government and to pay attention to the issues at hand.

But even as we walk in that recognition we should remember that it is not our hope; and that we are citizens of another Kingdom.

We are all passionate about fighting injustice. We are all-in when it comes to seeing the Kingdom of God come alive. We all have an opinion about how to see His Kingdom advance here on earth.

Jesus has assured us His Kingdom will not come politically. He is not a republican…nor a democrat.

He reminded Pilate of this when He said:

We fight as if that is our destination, a utopian government in America. And in the pursuit of that utopia we forget the very words of the one we are fighting for; “But I say to you, Love your enemies and pray for those who persecute you.“

We are allowing the pursuit of the security we find in our government to completely overshadow the proclamation of the Kingdom of God.

The Republican party is not our hope; nor is the Democratic party. God alone is.

Jesus cared deeply about the issues at hand. There are issues that the Republic party represents that Jesus, too, would fight for. But there are also issues that Jesus would be embarrassed to be associated with. The same is true of the Democratic party. In the end, Jesus understood legislation had no power to fix man’s heart. He proclaimed a different way.

So may our words, our interactions and our posts reflect just that.

We have an opportunity to perpetuate fear and false hope; or we can be light amidst the darkness and instability around us. We can introduce a true security and hope that can be found no where else other than in the middle of the Kingdom of God. 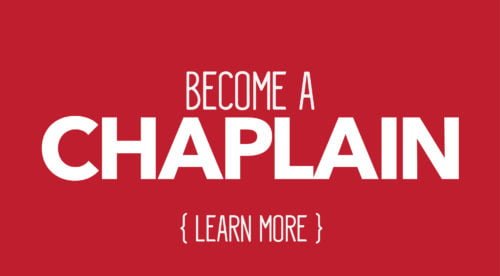